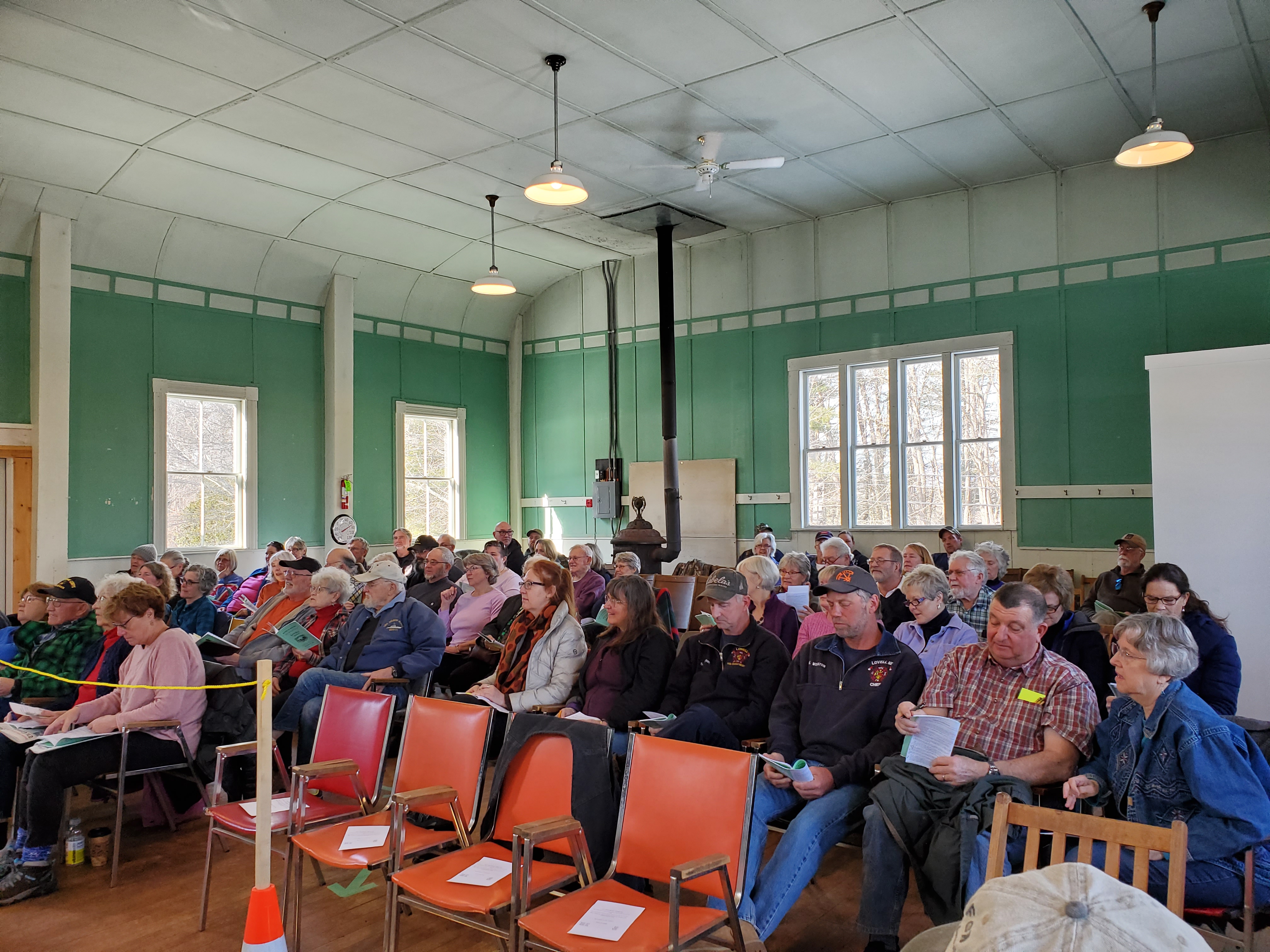 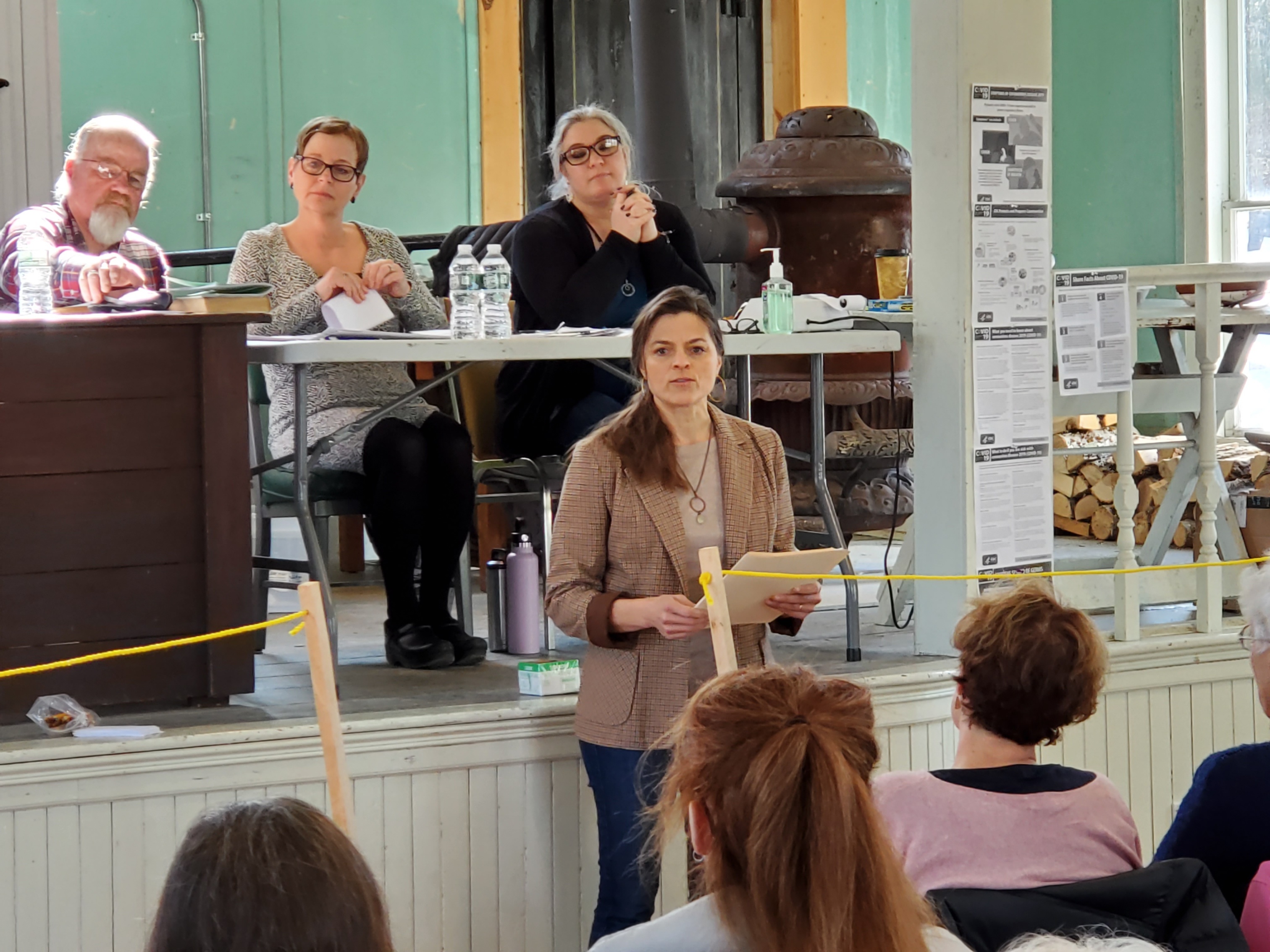 On Saturday March 7th, Lovell residents once again came together in the historic Town Hall for the Annual Town Meeting. Sixty people were in attendance for the three-hour meeting.

The meeting started with Jon Bliss elected as moderator. With the elected officials and staff on the elevated stage, the first of 84 Articles were presented. Unlike last year, there was an absence of controversial proposals. There were two articles that drew extensive discussion. Article 4 covered the Mill Pond Dam and whether the town should continue to pursue solutions to the antiquated dam. Excessive cost was a valid concern to residents but there was a greater concern for the loss of the pond not only for recreational purposes but as an important source of water for local Fire Departments.

More time was spent on Article 59 where the Budget Committee reduced the Charlotte Hobbs Memorial Library’s request by $1,700. The value of the Library to everyone, from young children to senior citizens, was discussed by several people. Donna Woodward, President of the Library’s Trustees, made a strong presentation that highlighted all of the Library’s important services as well as their numerous fund-raising efforts. In the end, the voters agreed to restore the $1,700 to the Library’s budget request.

Stephen Goldsmith was elected to a three-year term as Selectmen and numerous elections and appointments were made to various Boards such as the Planning Board, School Board, Budget Committee, Board of Health and School Fund Trustees. State Senator Lisa Keim came to give an update on both road and school funding. The many 'frost heaves' throughout the region were discussed at length.

The remaining Articles met with minimal discussion, were quickly approved and the Town Meeting was over just before noon.

A great New England tradition continued for another year!