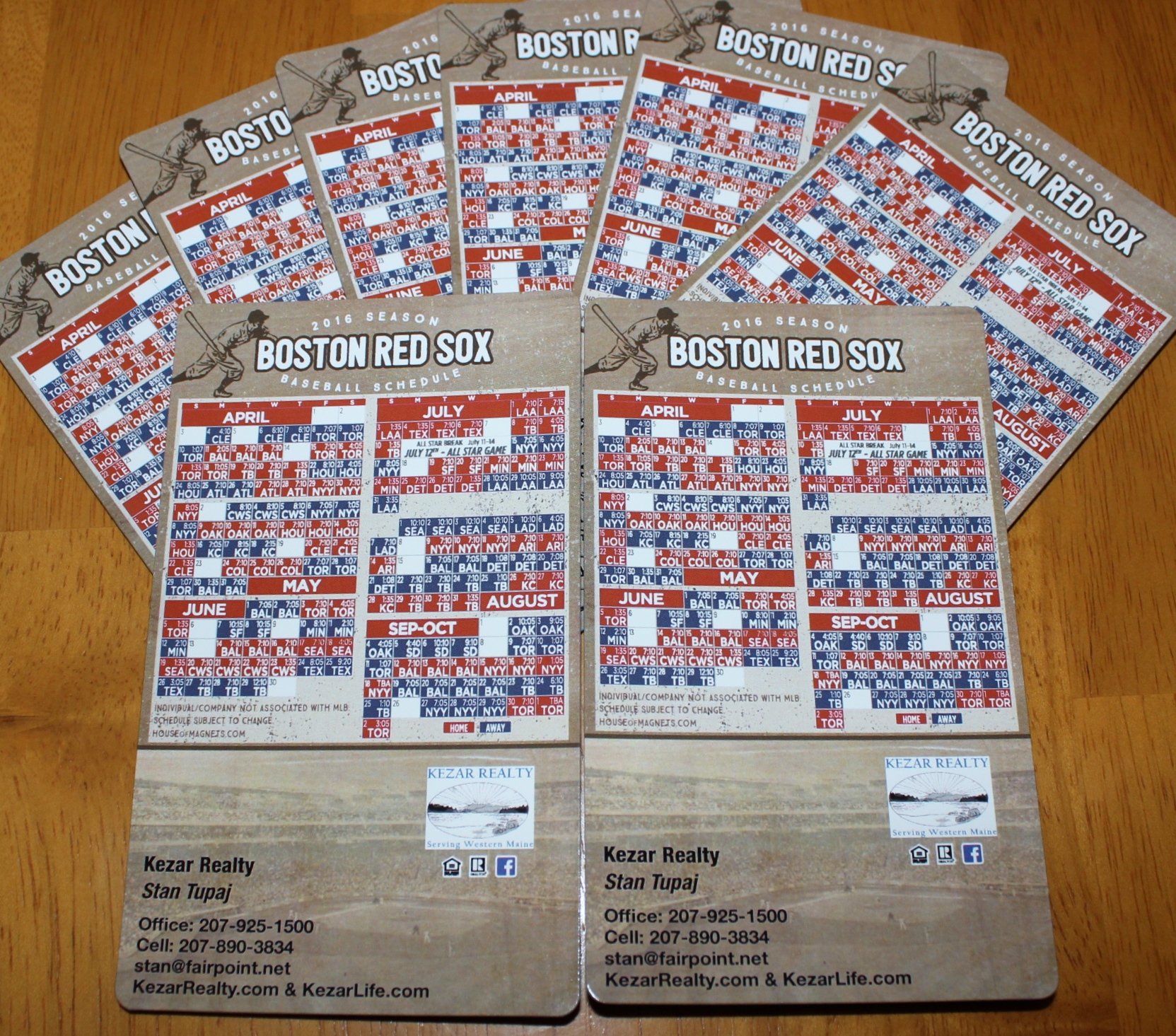 Spring snowstorms may throw everyone a curve ball, but the calendar says we are not that far away from April 4th when the Red Sox open the season in Cleveland against the Indians. The American League East looks tougher than ever with all of the teams adding strength to their rosters (don't those O's look good). The 2016 Boston Red Sox Schedule magnets are now available. They will be in all of the local stores for easy pick-up or contact me via e-mail (stan@fairpoint.net) or call at 207-925-1500 and I will be happy to send one in the mail.
Share

As preliminary work, such as sponsor requests and the t-shirt design contest, begins for the 2016 Lovell Old Home Days 5k, it was great to see a frequent Lovell participant once again make national news. Terry Ballou, a six-time top female runner in our race, won the 1,500 meters event at the 2016 National Masters Indoor Championships in Albuquerque, NM. She also finished second in her age group in the 800 meters. Congratulations Terry!

About fifty residents attended Lovell's Annual Town Meeting and voted on a total of 92 articles. No written ballots were required. The first order of business was to nominate Jonathan Bliss as the meeting's moderator. John Ramsden was reelected to a three-year term as Selectmen and a number of people were nominated and elected to fill vacancies on a variety of boards.

Reflecting the hard work of the Selectmen and the Budget Committee, there was minimal discussion on the amount of monies requested and no articles were voted down. The elected officials work hard to keep Lovell's property taxes as low as possible. The biggest clarification of the morning was when the important responsibilities of 'Fence Viewer' were explained. Richard Dunham and Ed Dunlea continue as the current Fence Viewers.

This year's Annual Report was dedicated to Albert and Jacky Stearns.

Click here for a copy of the full Annual Report.