Memorial Day ceremonies take place around the country, in both large cities and small towns. It is important that the community pause, reflect and honor the men and women who died while serving in the United States military.

Both young and old gathered at the memorial in Lovell Village at 11 am. The size of the crowd that attends is always a pleasant surprise. The Fryeburg-Lovell VFW conducts the ceremony with Joe Moody saying an opening prayer, the Ladies Auxiliary laying a wreath, there is a rifle salute followed by the playing of taps by two Fryeburg Academy students.

Lovell resident John McCann gave brief remarks and then introduced his daughter Kit, who told a very poignant story about a United States Army combat medic who lost his life in Afghanistan, his father and a young woman that the father met by chance while hiking the Appalachian Trail. The woman accepted an incredible responsibility and then endured intense pain and bad weather to fulfill the father's wishes. Please read the story of Zachary Shanafelt, Patrick Shanafelt and Nectar here: 'Community'. 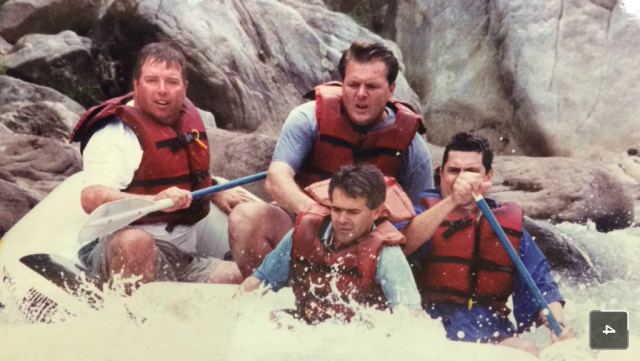 As everyone who reads KezarLife knows, I spent a good chunk of my life living and working in Baltimore. During that time I had the great fortune of getting to know some wonderful people. Time and distance tend to eliminate most of them but there are always a few people where the relationship strengthens, even without regular contact. Just a random reading or observation may trigger a pleasant reminder of an old friend.

While working in the mortgage industry in the early 90's, I met Chuck Nossick. We worked for the same company but in different offices and over time we became friends. I took pleasure in convincing him that there was value in visiting downtown Baltimore and having lunch at the Lexington or Cross Street Markets. He returned the favor by inviting me to play golf with him regularly even though my game didn't warrant it.

In Maryland, college lacrosse is as big as professional baseball. Going to sporting events with Chuck, whether it be the Terps or the Orioles, was always exciting. It wasn't a big deal to travel to Philadelphia to see Maryland play Temple on a Sunday afternoon or to Charlottesville to see the Terps play UVA on a Saturday night.

There was a two-year period when Rondi, Ben and Anna had already moved to Lovell and I was still shuttling back and forth while we tried to sell the house. Chuck and his wife Kathleen were always generous with dinner invitations at their Severna Park house.

In March 2000, Chuck's close childhood friend purchased the Baltimore Ravens. Chuck then set out to orchestrate the classiest tailgate party for each home game. On the Ravens' march to the Super Bowl that season, Chuck and I flew out to Oakland for the championship game. And while our son Ben was stationed in Afghanistan, Chuck made sure to give me all the detailed game programs and media handouts which I shipped to Ben on a regular basis. To someone sitting alone in a strange and hostile desert, it was a welcomed touch of home.

It's never good news when my friend David Jones calls me early in the morning, as he did this past Wednesday. Bad news he said. A drunk driver ran a red light and Chuck was the unfortunate victim as he was driving home from work. I still cannot shake the deep numbness.

Chuck was an extremely special person to me and I know, countless others. I feel blessed to have had him as a friend. I truly hope that that each of you are equally blessed to have a 'Chuck Nossick' in your life.

From the Annapolis Capital Gazette:

The Lovell Hardware Store is now officially open! I stopped in this morning to get a brush for some staining that needs to be done and was surprised at how active the store was at that early hour.  You will find that the store is bright, the floors are new and the shelves are still being stocked. If you can't find what you need, talk to Hank, the store manager, and he will make every effort to have it stocked.

OPENING SPECIAL! This weekend, Beth Armington welcomes the new store to the neighborhood. So, be sure to save your receipt as the Homestead Scoop will give you a 10% discount on any food purchase. 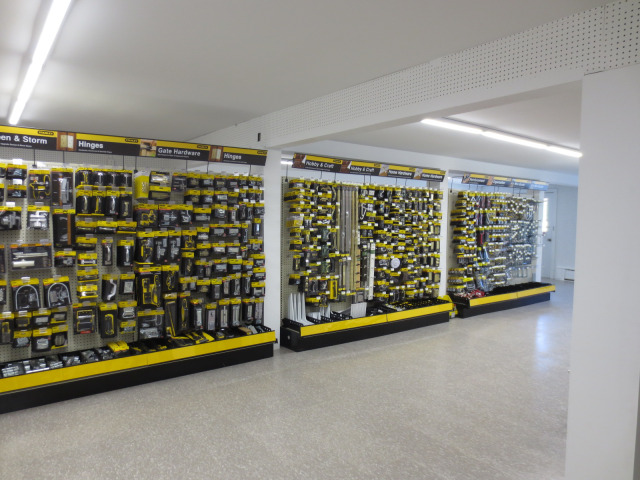 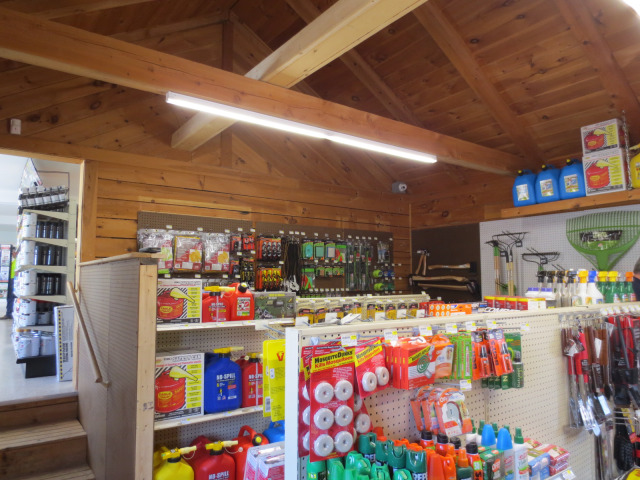 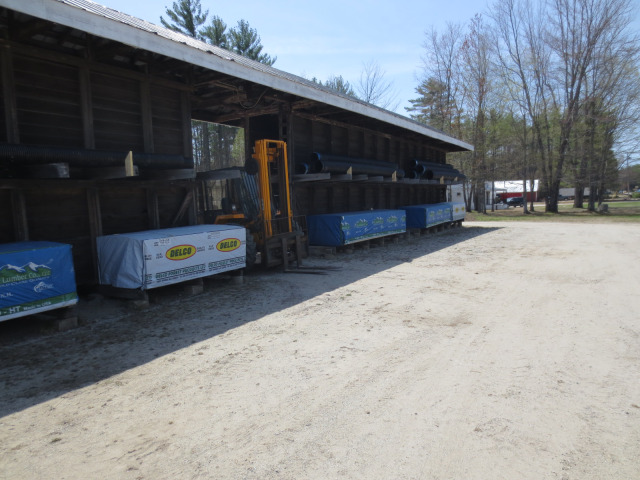 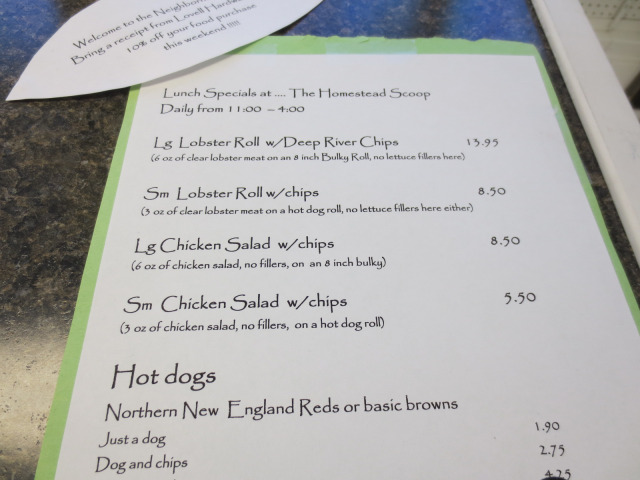 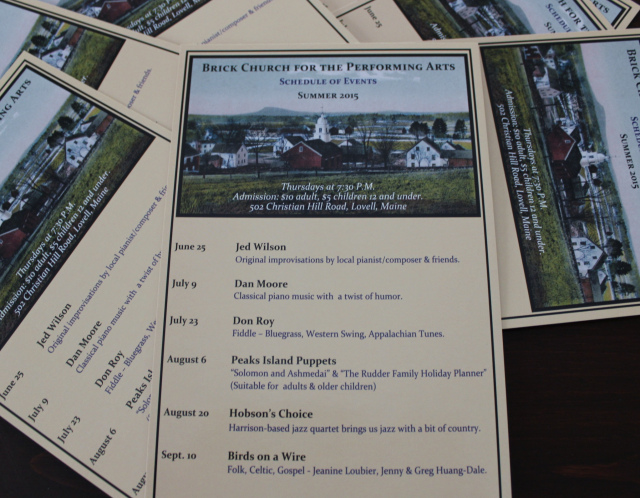 The 2015 Schedule of Events for Lovell's Brick Church for the Performing Arts is all set. The season opens on Thursday June 25th at 7:30 pm with local artist Jed Wilson.

The remaining schedule includes both Brick Church favorites and some performers  that are new to Lovell.

If you would like your own 2015 magnet schedule, please contact me at stan@fairpoint.net or stop by the Kezar Realty office. Click here to read Brick Church President Susie Mosca's letter that discusses the upcoming season as well as the recent and future work projects on the historic building in Lovell Village.