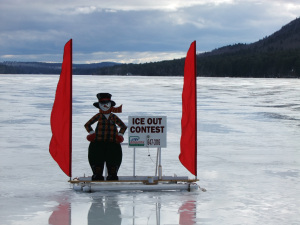 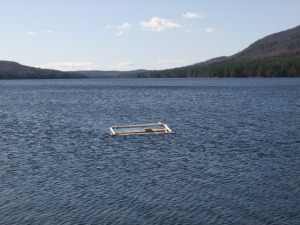 It is official! Assisted by several days of temperatures in the 80's, Moose Pond's mascot, IC, announced that March 23rd was the official date for ice-out (Bridgton News, March 29, 2012). According to the Lovell Town Office, ice-out on Kezar Lake occurred on March 26th.

Here are two informative sites regarding Ice-Out dates in Maine and New England. Lake Ice-Out Data for New England (Kezar Lake is # 10) and the State of Maine's Department of Conservation.

Time to get the boat ready!