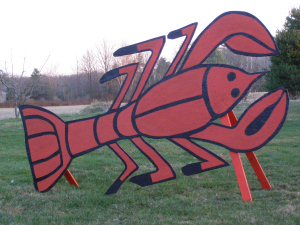 What better way to raise funds for the restoration of Stow's Town Hall (circa 1841) than to have a Chowd'a Fest? On Saturday, April 14th, from 4:30-6:30 pm, the Stow Historical Society is holding its First Annual Competition. The judging is not limited to the classic clam variety but could be a haddock, lobster, corn or vegetarian recipe. The challenge is being extended to the Cold River Valley and all of the surrounding communities and anyone who wants to compete for that special trophy and 2012 bragging rights.

In addition to the winning chowder chosen by judges (I'm happy to say that I am a judge :)), there will be a special "People's Choice" award chosen by the general public. Come on out to the Saco Valley Fire Station on Route 113 in North Fryeburg to not only support a great cause and taste some outstanding food but to socialize with neighbors and friends!

Dale Temm is the organizer of the Chowd'a Fest and she may be reached at 207-233-4162 or daletemm@gmail.com. Chowd'a Fest Information Flyer Chowd'a Fest Entry Form

It is my understanding that the lobster pictured above will be making an appearance at the Competition and just might be the Official Mascot of the Stow Historical Society's Chowd'a Fest!