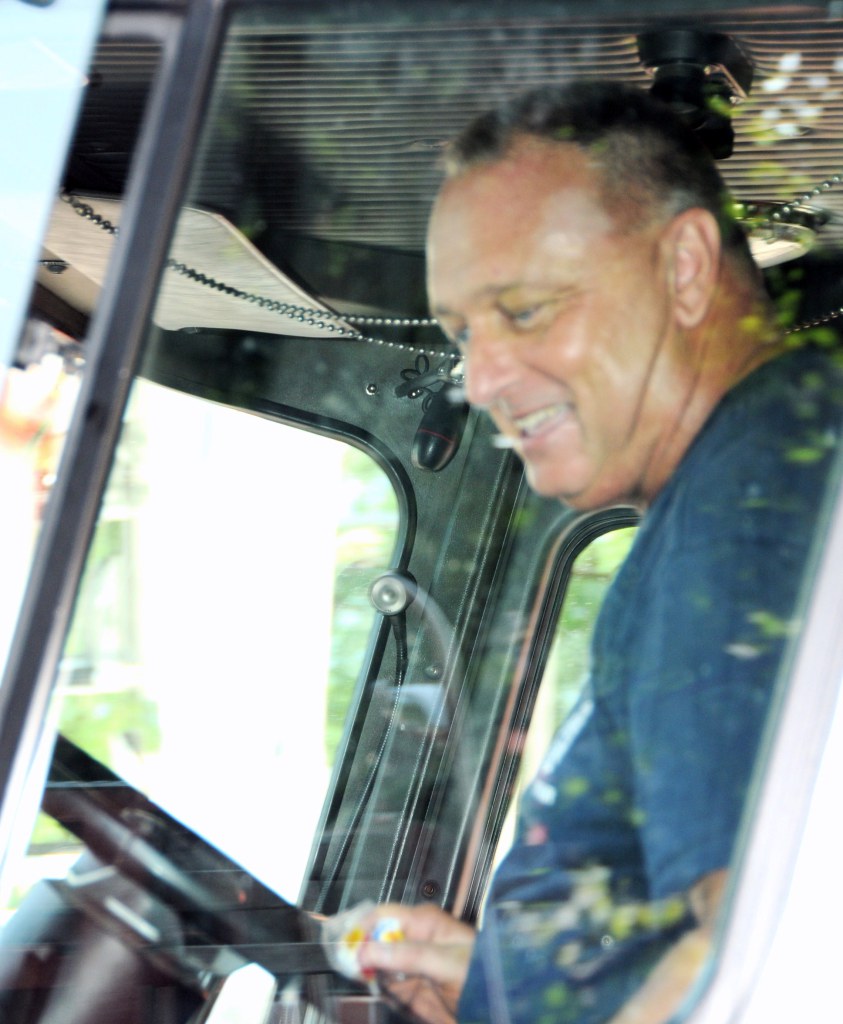 Last week the town of Lovell lost a wonderful person. Scott Thomas passed away at home on April 7th, 2012.

Scott, pictured above driving a fire truck and throwing candy in the Lovell Old Home Days Parade, was one of the first people I got to know after moving to Lovell. Most of the interaction was related to the Recreation Department, which he headed, and to the Old Home Days activities, the 5k run and Red Sox/Orioles discussions. Even though he was busy with work and juggling multiple activities, he never hesitated to take the time to answer questions and to point me in the right direction. And always with a laugh and a smile!

Upon being diagnosed with colon cancer, Scott became an advocate for screening and helped countless others with cancer. In 2010, Scott was recognized nationally with the Amgen Breakaway from Cancer Survivor Award which is given to those who make a difference in the community.

He became a familiar face on television with a commercial and Channel 8 interviews and spoke at numerous cancer conferences, inspiring countless people in the process. His motto was simple, but powerful: "Fight the fight, fight for the cure".

Scott leaves behind his wife Angie and three children, Jared, Allison and Spencer.

A memorial service will be held on Saturday, April 21st at 1:00 pm, at the Fryeburg Academy Gym with a later reception at the Center Lovell Fire House.

In lieu of flowers, the family requests that donations be made in Scott's name to the Lovell Volunteer Fire Department, the Bridgton Hospital Oncology Clinic or Jen's Friends Cancer Foundation in North Conway, NH.

Read the complete obituary at the Portland Press-Herald.