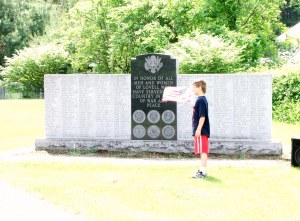 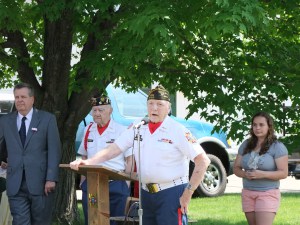 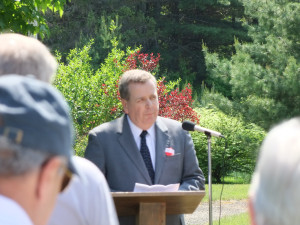 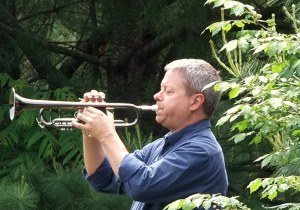 Memorial Day has always been a big day for me. Yes, the three-day weekend and family barbecues were huge, but our town had a morning parade where the emphasis was on remembering the men and woman who gave their lives for freedom. The parades were always well-attended and as the Vietnam War was at its height, anti-war protestors were also present. However, I never felt that there was resentment towards the veterans. Now, many years later, I still think it is important to take time from the holiday to show respect.

The ceremony conducted by the Fryeburg-Lovell VFW always attracts a crowd. Commander Richard King gave opening remarks, Fryeburg Academy student Anna Williams sang the National Anthem, Rev. Alison Andrea Jacobs from the United Church of Christ read a prayer, the Ladies Auxiliary laid a wreath, and a rifle salute was followed by the playing of Taps by Brent LaCasce.

Perhaps the most stirring and memorable part of the ceremony was the reading by Lovell resident John McCann of the story of his Uncle Barton Carpenter who was killed in action on December 20, 1944. Mr. McCann eloquently connected the relevance of Private Carpenter's death to today's generation. I am including a link to the story and strongly suggest that everyone take the time to read it. By doing so, I believe that you will be honoring not only Private Carpenter but all the soldiers who gave their lives for our great country. Private Barton Adams Carpenter.