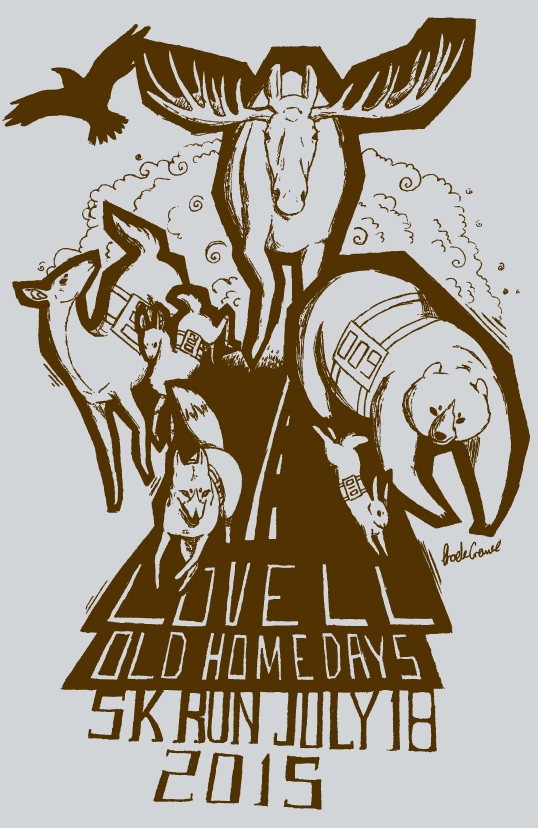 In my official capacity as Race Director, I never get to observe the parade that the 5k runners lead to the Athletic Field. Based on the various photos that I saw and the positive comments that were received, last year's parade was one of the best. Lots of floats, marchers, music and large crowds in the Village and by the Athletic Field. This year, it seems that we might have even more people participating in the parade!

The weekend gets started on Friday afternoon at the Athletic Field with the Kezar Trailbreakers Annual Turkey and Pig Roast. The dinner runs between 5:30 and 7:30 but be sure to get there early to be sure before they run out! Packet pick-up for the 5k run starts at 4:30 at the gazebo.

On Saturday,  a Hearty Breakfast served by the Masons at the Masonic Hall at 7 am starts the day while at 9:45 the 5k run begins with the parade kicking in as the last runner pasts the Wicked Good Store. Everyone ends up at the Athletic Field where there are lots of games for kids, food booths, craft vendors, the Lovell Volunteer Fire Department, an Antique Boat Show and the Blue Willow Band at the gazebo. Plus Cow Chip Bingo at Noon!

This year's Grand Marshalls are Fred and Ruth Mitchell of North Lovell. Click here for the program.

Join the fun this Saturday! Best viewing spot is anywhere on Main Street down by the Library and up Rt. 93 by the VFW Hall.