It is always nice to have some good news to share. Kevin McDonald of Lovell has been chosen for the Maine Running Hall of Fame.

Anyone who knows Kevin will agree that he always has a kind word and is willing to offer help to those in need.

Since his Falmouth, MA school days at Lawrence High School, Kevin has always been active in cross-country running as well as indoor and outdoor track. And the same passion continued when he attended Springfield College.

Throughout his years in Lovell and working 32 years at the Portland Post Office, Kevin always got his runs in. He has completed 20 marathons during that time, including Boston as well as countless other smaller-distance races. After retiring in 2009, Kevin started coaching track and field at the Lake Region Middle School and that eventually led to his current status as Head Coach for both Indoor Track and Outdoor Track and Field at the Fryeburg Academy. McDonald loves coaching the kids and he has had a lot of great runners through the years and been to the New England Championships. But he also takes great pride in teaching the students techniques and watch them develop into confident athletes.

Every two years, the Maine Running Hall of Fame chooses individuals who have made significant contributions to the sport of running in Maine. Unfortunately, this year's induction ceremony has been postponed due to COVID and hopefully will be held next year.

From the very beginning of the Lovell Old Home Days 5k, Kevin was a big supporter of the race and was helpful in making it a success. I can't think of anyone more deserving of this great honor! CONGRATULATIONS COACH McDONALD! 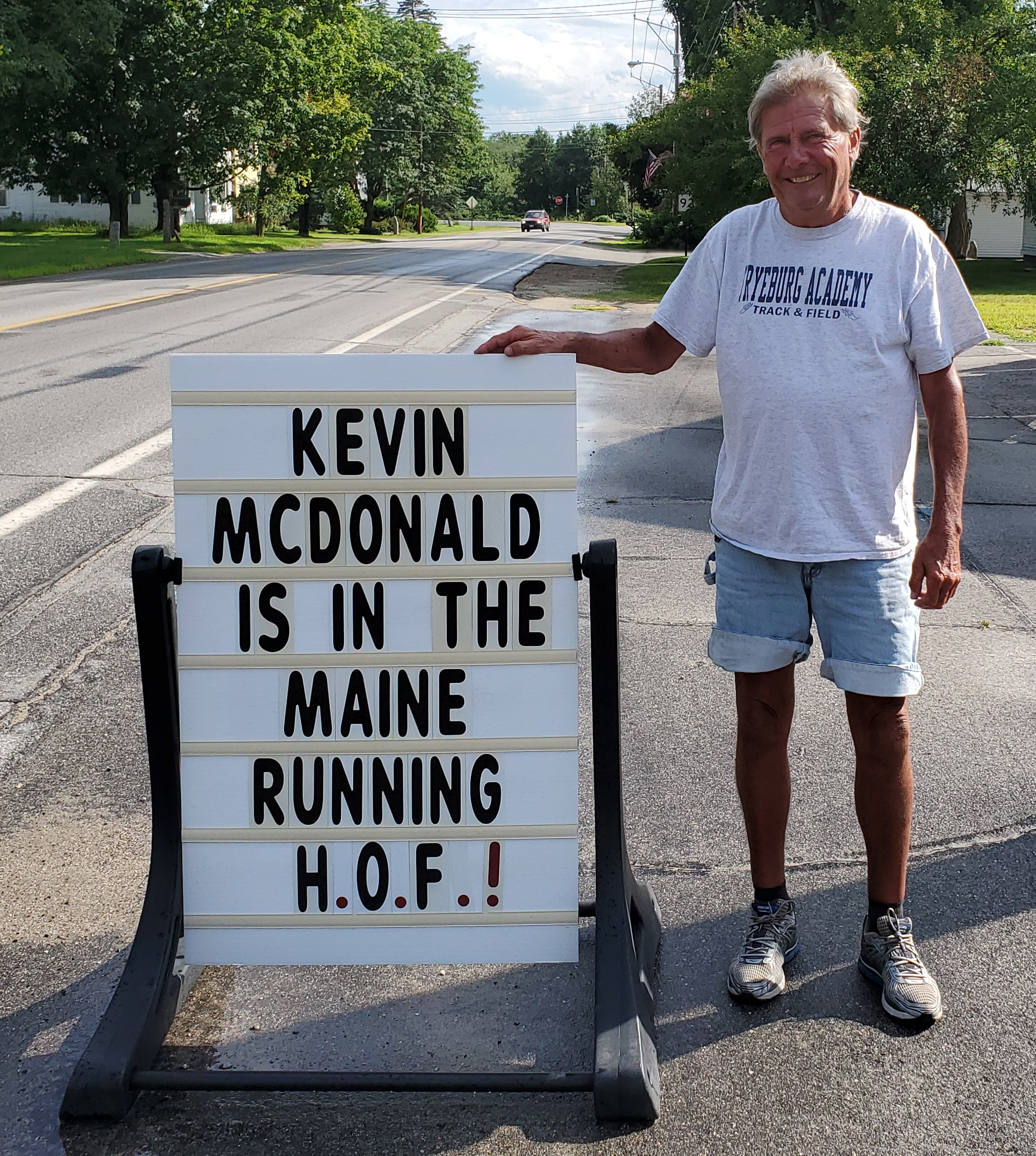